This past week, we had a long week vacation due to the ASEAN summit. There were several groups and individuals who had multi-day trips and a couple of friends and i decided to do the Infanta Loop in Quezon province, southeast of Luzon, Philippines. 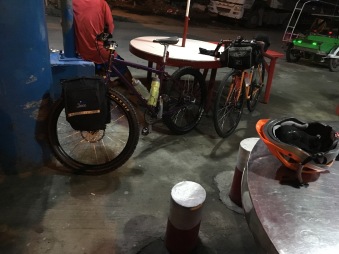 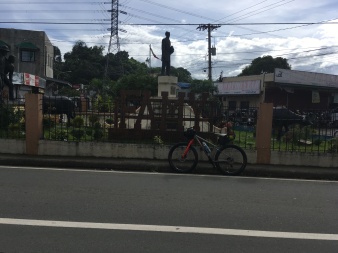 Almost a hundred Kms of flats before the climb to Real, Quezon 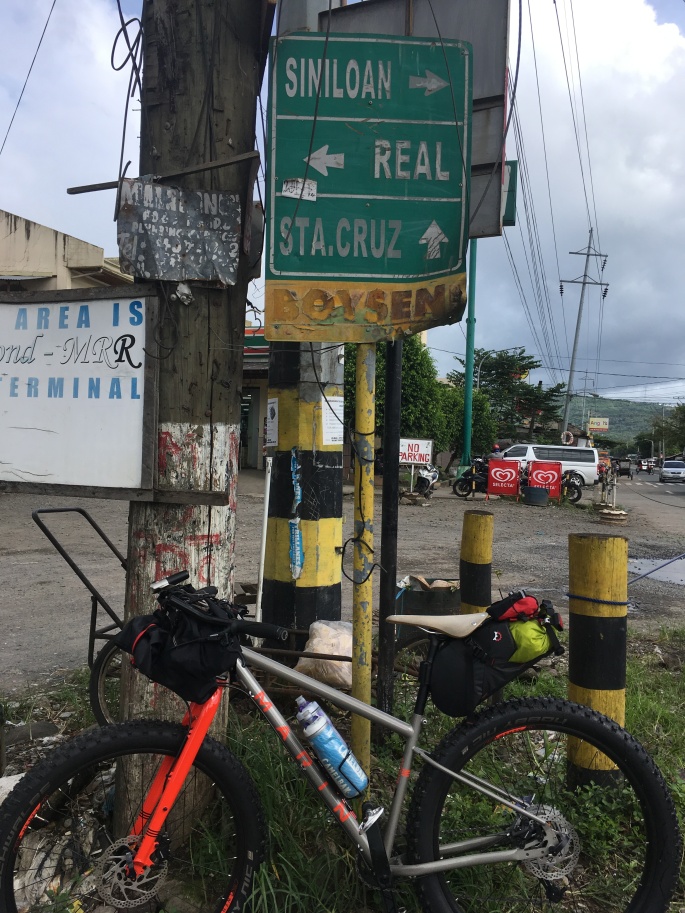 Starting in Alabang, we proceeded further south by traveling to Laguna until reaching Famy, Laguna early afternoon. The climb from Famy to Real, Quezon was approximately 15km and luckily it was drizzling making the climb more manageable. After descending a good distance (about 10km), we reached Real around 630pm. We checked in at the Pacific Recreation Kamp and were welcomed by a pack of white dogs (who were really nice by the way)

At the Camp with our white doggy hosts 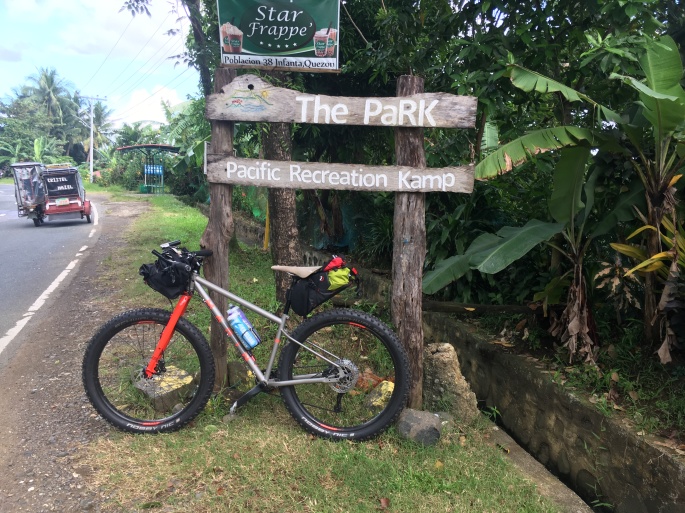 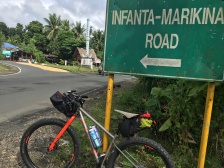 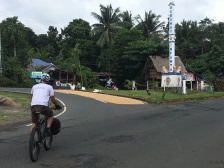 We left the resort at 730 and it was nice 20km stroll to Infanta, Quezon and started our climb back to Manila (via the Marilaque highway). As far as i recall, it was a long stretch of climbs of gradual and some steep sections (around 20km in total at least). As a consolation though, weather was fair (certain parts of the route had a different climate due to the elevation and land mass-that’s why we encountered rain all day) and very few vehicles would pass…the view was stunning as well. 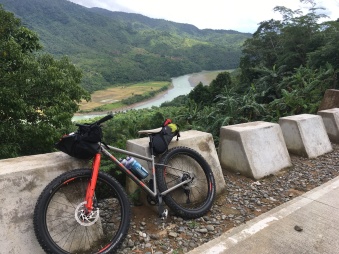 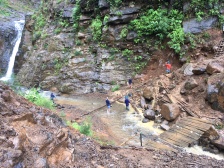 Road Construction-what do we get to the other side?!

One challenge though is that the bridge connecting Infanta to the next part of the highway heading home was under construction and good thing is, the locals and workers helped us transport our bikes to the other side. 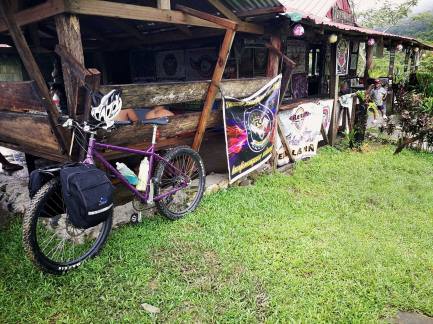 The road home was a bit slow and we got home quite late but the trip was well worth it.